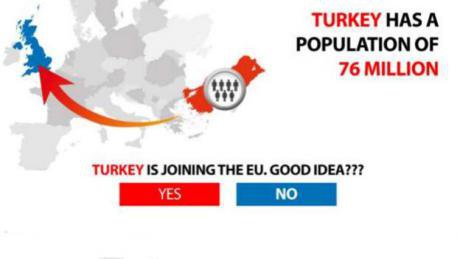 Boris Johnson is making liberal gestures on race and immigration – appointing the largest number of cabinet ministers of BME (black and minority ethnic) background, refusing to commit to cutting immigrant numbers after Brexit, even repeating his support for the idea of an amnesty for irregular immigrants. Some liberal observers see Johnson’s position as more promising than Theresa May’s notorious obsession with reducing immigration numbers, blamed for the red line on freedom of movement which determined the shape of her Brexit. Johnson may even try to pivot, Tom Kibasi suggests, to open-ended transitional membership of the Single Market – with continuing freedom of movement – while a future trade relationship is negotiated.

However Johnson’s appointment of Dominic Cummings, who ran the 2016 Vote Leave campaign for which Johnson was the figurehead, suggests sharp limits to his liberalism. Cummings (who has since demonstrated his contempt for Parliament) orchestrated an utterly ruthless, scaremongering racist campaign (see ad above) to get Leave its narrow win. His appointment is a clear sign that Johnson is focused on winning an early election, and that he will do whatever it takes to win – including renewed exploitation of racist anti-immigration sentiment.

It’s true that Johnson’s attempt to show a liberal face comes as polling shows that the salience of ‘immigration’ in British politics has drastically declined since 2016, while more positive attitudes to immigration have gained support. In his new book, Jonathan Portes argues that developments like the Windrush Scandal have shown that ‘it is possible for politicians to appear too tough on immigration’. It is in this context that some have suggested that a Johnson government’s immigration policy may build on the largely rhetorical movement beyond the ‘hostile environment’ era which has taken place in the last year of the May regime.

Even Farage has let up on immigration. As he went from rally to rally in the European elections, his supporters boasted to me on Twitter that he ‘hadn’t even mentioned’ the subject. Instead, his pitch centred on the ‘betrayal’ of Brexit by the ‘establishment parties’. Even after the election, as the Brexit Party’s ‘new’ star, former Tory minister Anne Widdecombe, made out-and-out reactionary pronouncements about British ‘enslavement’ by the EU and the possibility of ‘gay cure’, she too appears to have steered clear of immigration issues.

However this question is far simpler for the ‘insurgent’ Farage than for Johnson. Not only does he only have to appeal to one side of the Brexit cleavage. He’s also the man who brought immigration to the centre of the European debate, clearly taking aim at Romanians and other East Europeans while claiming that it was all about numbers, not ‘overt racism’. After two decades’ campaigning, this appeal is baked into Farage’s brand. He doesn’t need to mention immigration all the time because his electorate understands that he’s against it.

Johnson, in contrast, will hope to hold on to the Tory voters who didn’t defect to the Brexit Party as well as the majority who did. Yet his core political reality is that not only the Tory membership but also their potential vote has become overwhelmingly pro-Brexit, and Brexiters are overwhelmingly anti-immigration. The Tories are now a Brexit party and they will only win an election by winning the majority of Leavers away from the Brexit Party. The European election result was not an aberration – research has shown that two-thirds of 2016 Leave voters had already voted at least once for UKIP before the referendum.

Johnson’s marker for the racist vote

Therefore while playing both sides, using studied ambiguity as a political method (not just a style), Johnson has also put down a marker for the racist vote. His Islamophobic statements about women who wear burqas were not casual remarks, but written for publication – not long after his meeting with Steve Bannon.

When challenged about these comments in the leadership election, Johnson doubled down, saying that ‘it is vital that we as politicians remember that one of the reasons why the public feels alienated now from us all as a breed is because we are muffling and veiling our language. We don’t speak as we find and cover it up in bureaucratic language when what they want to hear is what we really think.’ This was a signal not just to the Islamophobic Tory selectorate, but also the wider racist vote, that he shares their feelings.

Racism is baked into Brexit

An optimistic view of the prospects on immigration and race must downplay the huge harm that has already been done, before as well as since the referendum. The ‘hostile environment’ was not only Theresa May’s policy; it was first and foremost David Cameron’s response to the rise of UKIP. May’s red line on freedom of movement was not only a reflection of her reactionary instincts; it was her response to the salience of immigration in the Leave vote. Racist aggression has been stirred, and Europeans have been forced to apply for a new status just to stay in the UK.

Not only was ‘immigration’ one of two main reasons for Leave voting; it also gave the only meaningful substance to the other reason, to ‘take back control’ (few voters are excited about independent trade deals). It is difficult to believe that any Tory leader would not have adopted May’s red line. Although a ‘soft’ Brexit made economic sense, it was politically a non-starter because of the toxic anti-immigration campaign that had pushed Leave over the line to a narrow victory.

The decline in the salience of immigration in the polls over the last 3 years needs to be understood in this light. The most probable main reason for the shift is that the British right, Tory, Faragist and tabloid, has been obsessed with Brexit itself, and has had no particular incentive to campaign on immigration. At the same time, Brexit has already caused a drastic reduction in European migration, as our fellow-Europeans have taken stock of British Europhobia and the falling pound and voted with their feet.

A crisis election, a no-holds-barred campaign?

Therefore the ‘Whiteshift’ political scientist Eric Kaufmann is right to say that ‘the ghost of immigration’ has not been exorcised from British politics. This is not because because (as he says) Leavers’ ‘cultural’ objections to immigration remain unaddressed, but because the hiatus in anti-immigration campaigning will come to an end.

Any 2019 poll will be a crisis election such as the UK has not seen for 45 years. Either Johnson will be forced into an election by Parliament’s failure to support him, or he will make a dramatic bid for a majority. Either way, the stakes are huge, with the country already divided in unprecedented and novel ways which are causing huge electorial volatility.

In these circumstances, the incentive for a no-holds-barred campaign will prove irresistible and Cummings’ appointment is a salutary reminder. Moreover Lynton Crosby, who is likely to be a key campaign figure, is well known as the master of the dog whistle, who was responsible for Zac Goldsmith’s campaign against Muslims in the 2016 London Mayoral election and the anti-Scottish scare campaign in the 2015 General Election.

The more overt the Tories are, the greater the likelihood that Farage will up the ante. There has been much speculation about a deal between them, but a widespread electoral pact seems unlikely, since Farage’s ambitions go far beyond serving as handmaiden to a Boris Brexit. A Tory-BP war for the Leave vote could get very crude: as the elite ‘Remainer’ conspiracy is blamed, Europeans, ethnic minorities and gays will feel the heat from frustrated Leavers in society. Amidst the chaos and harm of No Deal, things will be particularly nasty.

After the election – unless Labour and the Remain parties get their acts together and Remain voters manage to vote tactically to block a right-wing majority – the UK could end up with an extreme right-wing parliament as well as government. There will hardly be a liberal climate on immigration and race.

View all posts by Martin Shaw

2 thoughts on “Dominic Cummings’ appointment reminds that whatever liberal gestures Johnson makes on immigration, he is focused on winning an early election – and will reach for whatever dirty, racist weapons he needs”